It was of case of lights on and legs out on Saturday 21st November as St John's Square saw the Switch On of Blackpool's Christmas lights and a hop, skip and a jump away at the Tower Ballroom, flagship BBC entertainment show Strictly Come Dancing rolled into town.

Followed by another Cowell united photo with BGT's Jack Pack...

#Blackpool u were amazing! What a welcome for us & @Bhaenow Great to catch up congrats on the album fella #jackpack pic.twitter.com/GUMYnOjWs5

Before joining the other acts, presenters

and Santa around the Big Switch... 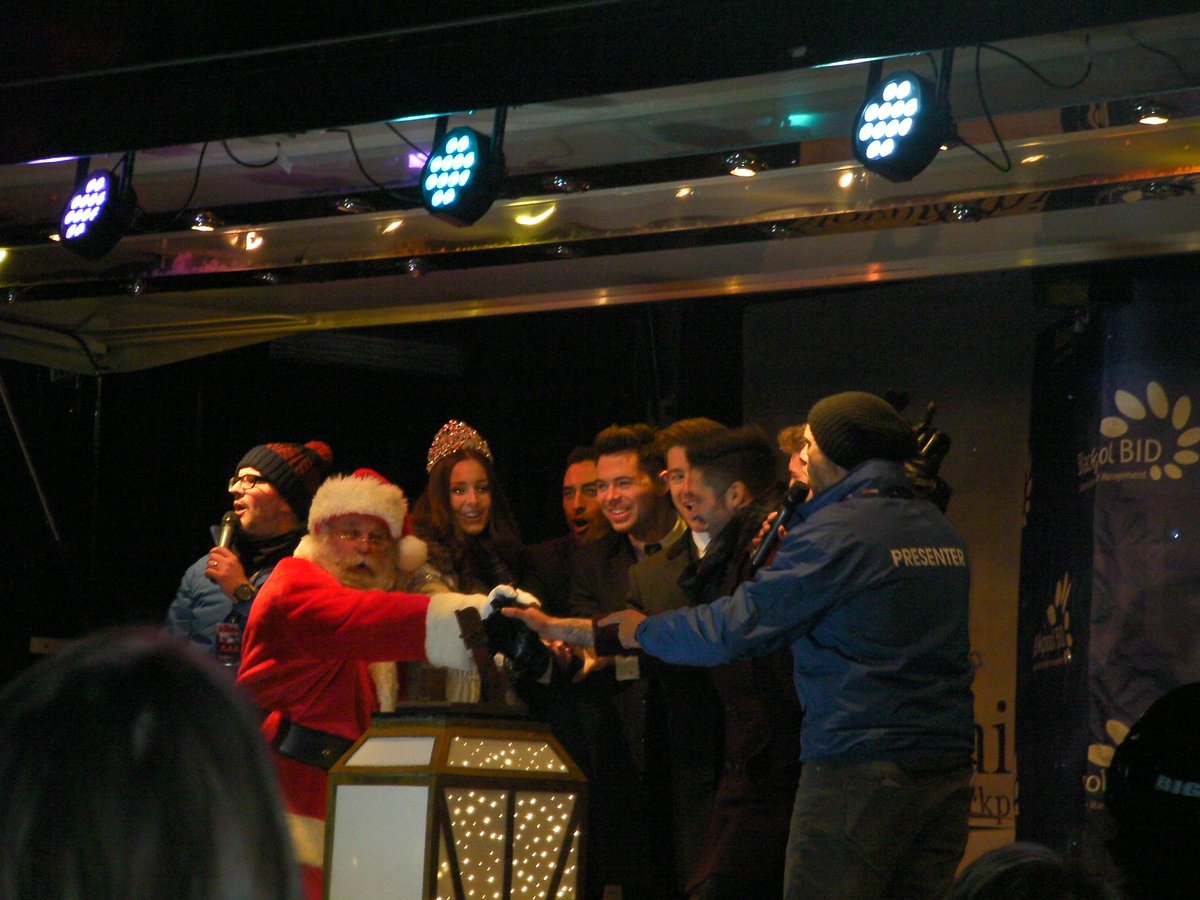 MEANWHILE AT AN ICONIC VENUE

THAT HAS BEEN GOING SINCE 1894

The scene was set...

We're all set for tonight's BBC Strictly Come Dancing in our famous Blackpool Tower Ballroom. Who will be watching? pic.twitter.com/CMFHn4i2mQ

What a great day we've had !!! #Blackpool #strictly #tower pic.twitter.com/lCAjqIXJiW

The contestants did not disappoint...

Hands up who'd like to be Oti, Jo & Karen right now dancing with @TakeThat... ✋ #Strictly pic.twitter.com/Io6ZIpz9wn

Jamelia faced Peter Andre in the dance off...

Join us in saying goodbye to @Jamelia & @TristanMacManus! You've been a joy to watch #Strictly pic.twitter.com/2JY4fIKuNO

Hosts Tess and Claudia had a giggle

with the resort's trademark sunnies...

GOT A MINUTE OR THREE ?