Supernatural at The Seaside with Blackpool Ghost Walks | Little Touches

Supernatural at The Seaside with Blackpool Ghost Walks 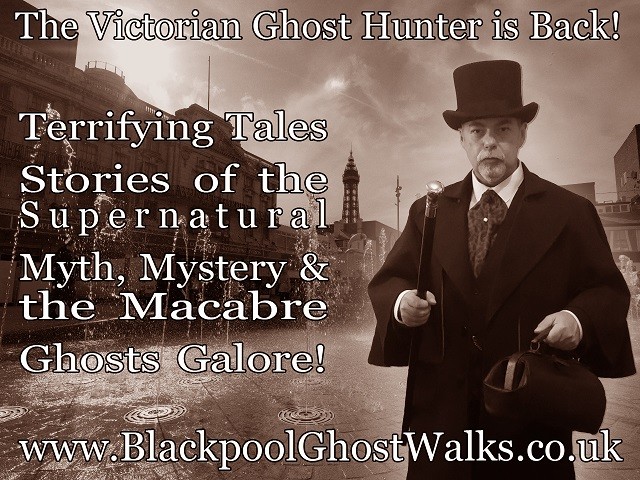 For Blackpool Ghost Walks host Stephen Mercer, his interest in the supernatural has spanned over three decades, yet the turning point for him pursuing his passion in a new format came in Halloween 2006 when he was due to perform a night-time tour at The Grand, where he believed 30 were registered to attend. In the end, it turned out they'd missed a nought off, as the actual tally was 300 visitors all eager to know more about the past presences lurking in the theatre billed as architect Frank Matcham's Matcham Masterpiece.

From that sell-out, a series spawned that would see Stephen unleashing his insight on the darker side of many of Blackpool's main anchor venues upon the less creeped out but curious public: Blackpool Zoo, Winter Gardens and Opera House, North Pier Theatre, Blackpool Illuminations Depot, The Blackpool Tower Ballroom, Madame Tussauds predecessor Louis Tussauds Waxworks and Lytham's Lowther Pavilion.

April 2010 is when Blackpool Ghost Walks in their current form began. Dressed in an outfit befitting the era, the Victorian Ghost Hunter begins his tours at the Tourist Information Centre next to Beach House Bar and Bistro, before taking participants along Blackpool Promenade and into the Town Centre, stopping outside the resort's iconic buildings and avenues and alleyways of note.

I love taking people around the town telling them of our otherworldly residents and visitors.

I'm really looking forward to the summer walks as I will be stopping at some new locations in the town centre where those attending will hear new stories never before told.

Of course there will be a number of the old favourites too.

Raising the scare factor when tours are adults-only and tempering it for a more family friendly evening's entertainment, Blackpool Ghost Walks embody Blackpool's all things, to all people, but always ready, willing and able to adapt nature that has ensured the resort's enduring appeal. Testament to this, Blackpool Civic Trust recently awarded Supernatural Events Honorary Membership.

In many ways, Blackpool Ghosts Walks are reminisicent of the Blackpool where larger than life characters and sideshows could be found around every corner. Disney might have coined the term "streetmosphere" for performances that add pizzazz to their pavements (or should that be make their sidewalks sizzle), nonetheless thanks to the dedication of people like Stephen Mercer to their craft, outdoor, open to all showmanship and storytelling lives on in Blackpool.

Available from the LT Ticket Office at 110 Bond Street