As the year comes to a close, it’s common to reflect on the achievements and events from the past 12 months. 2017 marked many milestones for Blackpool – from the return of the Blackpool Carnival, the opening of the Viva Vegas Diner to Stanley Park being voted the best in all of Britain. We’ve created a list of what we view as the most important events and news from each month this year, so without further ado, here’s the Year In Review:

January – For the first time in 5 years, Britain’s Got Talent returned to Blackpool to film their auditions at the Winter Gardens Opera House. 3 out of 4 judges and hosts Ant and Dec arrived into St. John’s Square via a BGT branded double decker bus, with David Walliams arriving just behind on a donkey pulled cart.

February – Showzam! , the annual circus, magic and performance festival celebrated its 10th anniversary this year. Across Blackpool people of all ages could be amazed and fooled throughout the 4-day event.

March – Hot on the heels of Hogarth’s Gin Palace opening in February, The Blackpool Tower Ballroom welcomed Gin Festival – the largest event of its kind in the UK. After gin’s meteoric rise in popularity over the last few years, they’ve established themselves as providing incredible events with live music and a huge variety in things to sip on. We’re personally looking forward for their return in March 2018 and hope the event is just a successful.

Nothing to do with work, just getting excited that the Gin Festival will soon be here in Blackpool. Oh for life's simple pleasures. pic.twitter.com/ejnQux5JGW

A post shared by Danceclub DanceLine (@tanssiseuradanceline) on Apr 23, 2017 at 7:04am PDT

May - The sands of South Beach are simply sublime. That was the verdict for a second consecutive year from the world-renowned Blue Flag mark of exceedingly good coastlines. 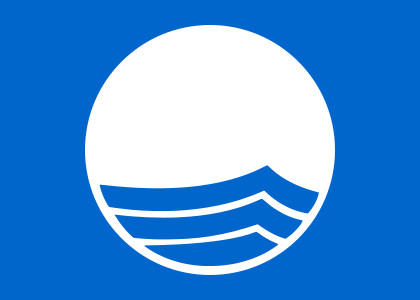 July – Sunday 23rd July was when for the first time in many years Blackpool came together to celebrate all that is great about the community behind the UK’s Entertainment Capital with the Blackpool Carnival. Thousands turned out for a day of live music, dance, food and drink with a parade from Central to South Pier. Over 40 acts and organisations performed on stage at the Waterloo Headlands or participated in the parade, making it an incredible success.

August - Over 100,00 people attended the two-day Blackpool Air Show spectacular on Saturday 12th and Sunday 13th August. The 2017 Air Show - the very definition of a mainstay of the Blackpool events calendar with its 108th outing - saw a packed promenade from South Pier to North Pier and pavements ten persons deep across the resort were a regular sighting all weekend long.

September – Delegates from across the North West attended the 4th annual Blackpool Business Expo, to enjoy a day of networking and promoting local business.

October – As part of the Festival @ Lightpool, all 3 illuminated Heritage Trams paraded down the promenade together for the first time.

PICTURES: The stunning tram parade is off! This is the 1st time the collection of heritage trams has paraded in convoy as part of #Lightpool pic.twitter.com/fxyYxO72Aj

November – Strictly Come Dancing returned to The Blackpool Tower Ballroom for its spectacular midseason special and Stanley Park was named the UK’s best park at the Fields in Trust awards.

December – Blackpool hosts a choice of three family Christmas shows in the resort’s most prestigious venues: Cinderella at The Grand, Peter Pan at the Winter Gardens and Mooky Dolittle at The Blackpool Tower Circus.

Review: Peter Pan – Jennifer Ellison gives it her all in a visually impressive panto in Blackpool @sell_a_door @WGBpl https://t.co/jV1arCMPEr pic.twitter.com/j0VNATeE6k

...and finally, the Blackpool Santa Dash